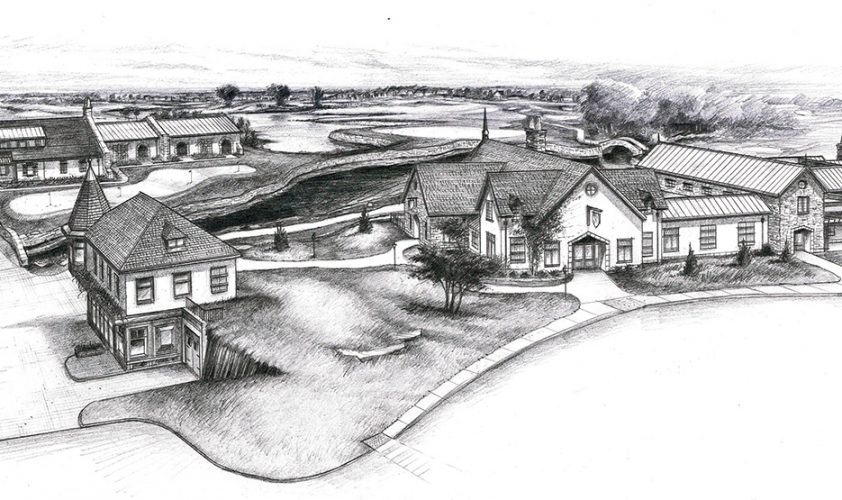 Since Jim McWethy took ownership of Mistwood Golf Club in 2003, he’s had one goal in mind — giving Chicagoland golfers a truly royal experience.

His kingdom is nearly complete, with a completely renovated, Ray Hearn-designed golf course, a brand-new, award-winning Performance Center, and a series of big-time Illinois state tournaments held there in Romeoville. 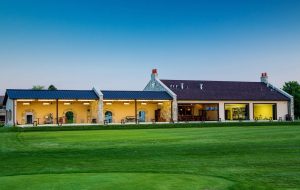 Mistwood’s Performance Center has been named the best in the country by Golf Range magazine, and showcases the style of the new clubhouse.

“It’s going to be spectacular,’’ McWethy said. “Almost nothing will be as innovative, creative and attractive as this will be.’’

Work on the new clubhouse began in August, with the demolition of the previous building. The new facility, designed by Chicago based Daniel Wohlfeil Design, is well underway, and expected to open in June of 2015.

The new facility consists of two buildings, each with the same stone architecture and Scottish farmhouse theme as the Performance Center, also designed by Wohlfeil and patterned after the Whistling Straits clubhouse in Kohler, Wis. Together, the three buildings and surrounding landscape will have the look and feel of a Scottish village. 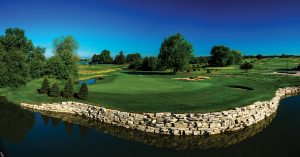 Ray Hearn’s renovation of his own design at Mistwood Golf Club has earned a Renovation of the Year from critics and applause from golfers.

One clubhouse building will house a restaurant and banquet facility that will easily seat 250-300 diners. “We want a place where people who might not even be golfers can come and have a great meal,’’ said McWethy.

The other building will have two stories, the lower one housing a pro shop and locker rooms that will accommodate 80-100 players, and the upper one used for staff offices with a special view of the entire course. The buildings will also share a large underground basement area used for storage and golf carts.

The new clubhouse is part of McWethy’s dream of turning Mistwood into a world-class destination for golfers everywhere, he said.

“You need to build a great golf course, which I think we’ve done, and we have a Performance Center without peer,’’ he said. “The clubhouse facility is the third piece of the puzzle and I believe we will have one of the finest golf facilities in the Chicago area.’’

The course, originally designed by Michigan architect Ray Hearn, opened in 1998. Hearn returned to handle the renovation, which required the course to be closed for parts of 2012 and 2013. That inconvenience paid off when Golf Digest named Mistwood as one of its Best New Courses in 2013 and Golf Magazine listed it as one of the Best Renovations You Can Play in January, 2014, and one of its top Renovations of the Year in the world six months later.

For more information about Mistwood and the new clubhouse, visit www.mistwoodgc.com.