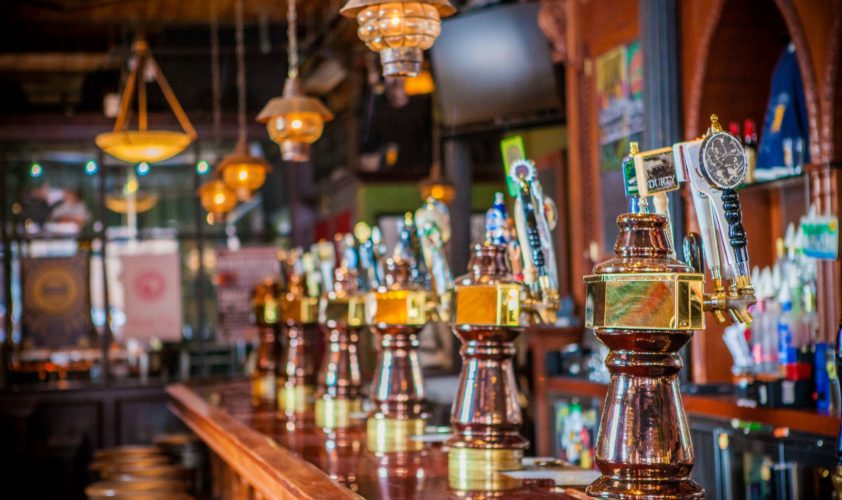 Above: HopCat has 18 locations around the Midwest, including its Grand Rapids, Michigan location, voted America’s Best Beer Bar.

Drink Up these Delicious Golf-Brewery Destinations

GRAND RAPIDS, Michigan — After a thrilling final round of the Dugmore Global Golf Invitational — the rotating, rip-roaring, semi-annual golf debacle I share with a few close friends — it was naturally time to celebrate with a few more rounds. Here in the fittingly named “Beer City USA,” of Grand Rapids, Michigan, the vibrant, ascendant city just a short trip from the shores of Lake Michigan, there are excellent options on almost literally every corner. With more than three dozen golf courses and 80-plus (!) craft breweries in the Metro Grand Rapids area — plus the bevy of beautiful beaches, bars, and great restaurants — this might just be the Holy Grail of golf getaways. (It certainly made us feel younger.)

But while Grand Rapids might be the leader in the clubhouse when it comes to “birdies & beers” golf trips, it has some serious competition from contenders all over the Midwest, where we’re fortunate to have a bona fide bonanza of both. Don’t worry, we’ve tirelessly (selflessly, even) researched and selected several of the very best brewery/golf combos in some of the Great Lakes’ greatest golf towns. 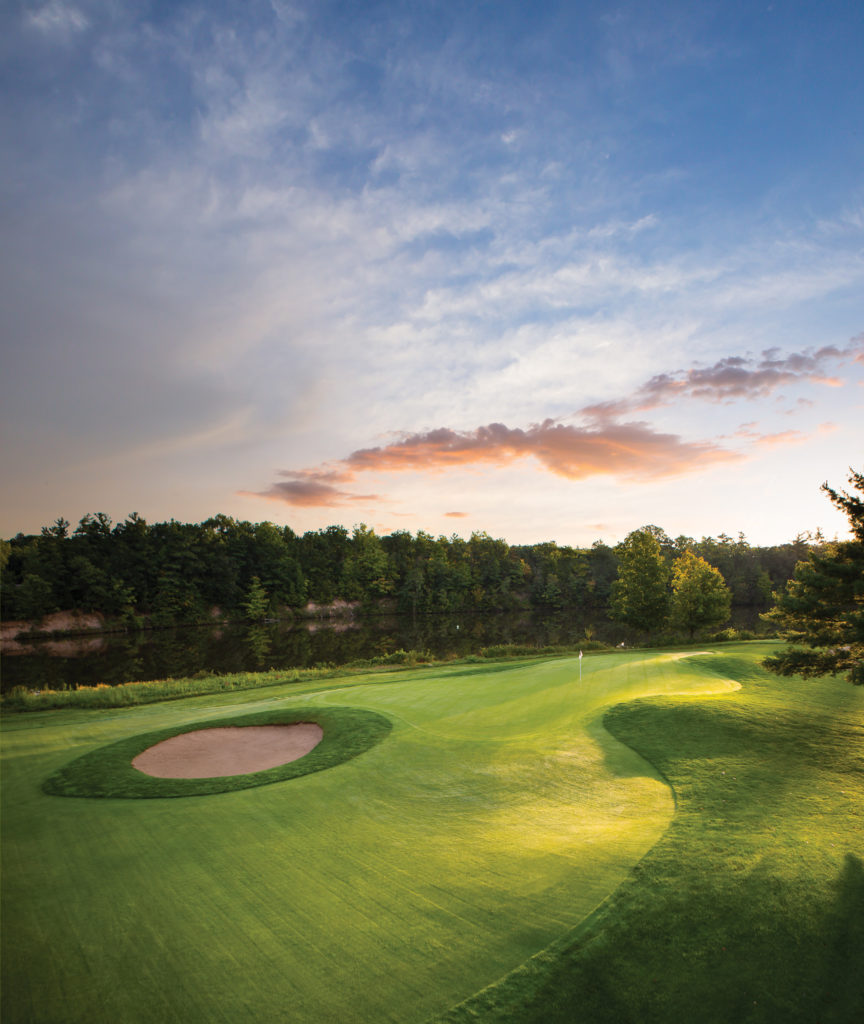 GREAT GOLF: When it comes to golf, Grand Rapids is home to great architects, great variety, and great values. Check out the terrific Thornapple Pointe (thornapplepointe.com), the Donald Ross-designed L.E. Kaufmann municipal track, and two great Mike DeVries designs, The Mines Golf Course (minesgolfcourse.com) and the stunning Pilgrim’s Run (pilgrimsrun.com). Wrap up your rounds over on the lake in Saugatuck, with the Arnold Palmer-designed Ravines Golf Club (ravinesgolfclub.com). Want more? None other than Jack Nicklaus himself is working on a wonderful redesign in West Michigan. 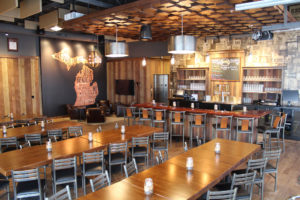 BEST BREWS: Beer City USA, no surprise here, has literally too much to choose from. Founders Brewing (foundersbrewing.com) is most famous, for its barrel-aged Kentucky Bourbon Stout (KBS), while New Holland Brewing (newhollandbrew.com) makes a mean Mad Hatter IPA. A local favorite is Brewery Vivant (breweryvivant.com), locat- ed in a converted church and beloved for its Farmhouse Ale (and delicious duck nachos).

DON’T MISS: The beach, of course. West Michigan is the sunset side of Lake Michigan, and Saugatuck’s Oval Beach might just be the best in the Midwest. (DO NOT tell anyone we told you.) 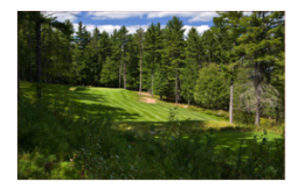 Timberstone Golf Club is one of Michigan’s “Perfect 4-Some” in the Upper Peninsula. Photo by Nile Young Jr.

GREAT GOLF: Maybe the most “untapped,” entry on this list is Michigan’s Upper Peninsula, but you can fix that with a trip to Island Resort & Casino (islandresortandcasino.com), the HQ for the “Perfect 4-Some” golf package. Play the resort’s Sweetgrass and Sage Run courses, then head over to Greywalls in Marquette and TimberStone in Iron Mountain. Perfect, indeed.

BEST BREWS: Close by Island Resort is Upper Hand Brewery, a sister startup of Bell’s Brewing (upperhandbrewery.com), so you know it’s excellent. One of the Midwest’s very best is found further north on the Keweenaw Peninsula, the eponymous Keweenaw Brewing Co. (kbc.beer). The Red Jacket Amber Ale is a delicious tribute to the area’s rich mining history.

DON’T MISS: There are more than 200 waterfalls in Michigan’s Upper Peninsula, from the incredible Tahquamenon Falls in the far east end, to the terrific Tannery Falls in Munising. 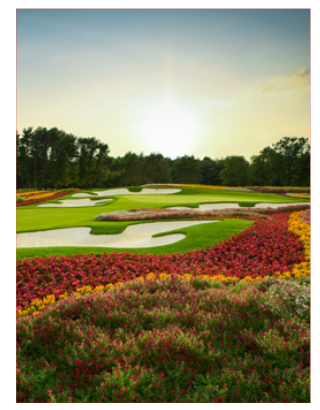 GREAT GOLF: For a stellar golf experience, Stevens Point’s SentryWorld fits the bill (sentryworld.com). Designed by Robert Trent Jones Jr. and restored to its glory in 2017, SentryWorld is a one-course meal that’s worth making the trip alone. But just down the road in Nekoosa is a little resort called Sand Valley (sandvalley.com), the Mike Keiser creation creating the Midwest golf scene’s biggest buzz. Maybe you’ve heard of it already. 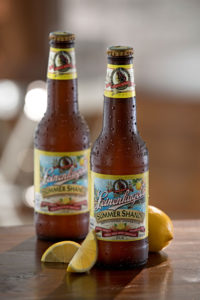 BEST BREWS: Stevens Point has a homegrown brewery worth writing home about, Stevens Point Brewing (pointbeer.com). Don’t miss the Milkshake Malt Porter. Over in Plover, Wisconsin you’ll find O’So Brewing, home to heady brew like Grandpa’s Got a Gun, a Maple Strong Ale that clocks in at 12% alcohol-by-volume. But a trip to this corner of the state wouldn’t be complete without heading to Jacob Leinenkugel Brewing Co. (leinie.com), maker of one of America’s original craft beers. Started in 1867 and owned by Miller Brewing since 1988, Leinenkugel’s Summer Shandy is a Midwest must.

DON’T MISS: For the non-beer drinkers in your party, make sure to include a stop at Sunset Point Winery (sunsetpointwinery.com), which has quickly become one of Wisconsin’s very best vintners. 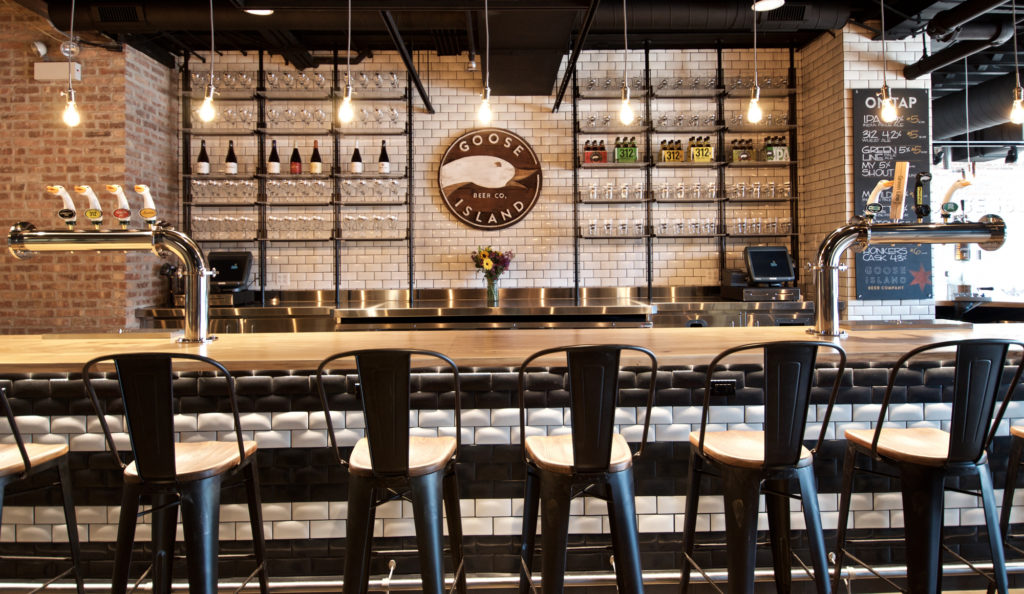 Goose Island is a Chicago original.

GREAT GOLF: How much time you got? We could start listing the great golf and be here til next Tuesday. Instead here’s a trio of our favorites: The Glen Club (theglenclub.com), a tremendous Tom Fazio design, was once a U.S. airfield. The completely remodeled and reborn Ray Hearn-designed Mistwood Golf Club (mistwoodgc.com). And our sentimental favorite: the nine-hole Sydney R. Marovitz Golf Club in the Chicago Park District (sydneymarovitz.cpdgolf.com), running alongside Lake Michigan.

BEST BREWS: The city that gave us Goose Island (gooseisland.com) way back in 1988 has since watched its craft beer scene spillith over into the suburbs and beyond. Today the Windy City area has the most craft breweries in the country, with more than 200! One of the best local favorites is Half Acre Brewing (halfacrebeer.com), famous for its Half Acre Lager (yes, people still drink those). Other notables on the lakeshore are Revolution Brewing (revbrew.com), started in 2011 by a Goose Island alum, and Metropolitan Brewing (metrobrewing.com), beloved for its Krank Shaft Kolsch-style beer, and located right on the Chicago River.

DON’T MISS: It’s tough to top Chicago in the summer, plain and simple. From Taste of Chicago (July 10-14), to mega-music fest Lollapalooza (Aug. 1-4 in Grant Park, lollapalooza.com), and the Cubs at Wrigley (cubs.com), there’s serious star power packed into the summer lineup anywhere you look. 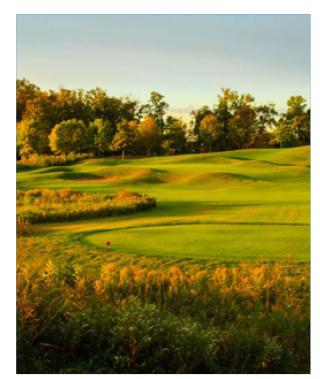 GREAT GOLF: The Twin Cities area might have you seeing double when it comes to the golf offerings. Most people focus on Hazeltine National (hazeltinenational.com) for good reason (having hosted a long, long list of championships including the 2016 Ryder Cup), but don’t overlook Prestwick Golf Club (prestwick.com) and Chaska Town Course (chaskatowncourse.com), one of Arthur Hills’ best designs. Two others you won’t want to miss are StoneRidge Golf Club (stoneridgegc.com), another highly rated Art Hills track, and Rush Creek (rushcreek.com), a staple stop on the LPGA Tour.

BEST BREWS: Minneapolis can give anyplace in the Midwest a run for its money when it comes to breweries, and surely one the best of the bunch is Surly Brewing (surlybrewing.com), famous for its Furious IPA that landed them on RateBeer’s Top 100 Breweries list. Another luscious spot is Lift Bridge Brewing (liftbridgebrewery.com), home to the fantastic Farm Girl Saison. Mwwah.

DON’T MISS: Everyone talks about the 4.8 million square feet found at the Mall of America. But for a truly unforgettable Minnesota experience, take the tour at Paisley Park (officialpaisleypark.com), the infamous recording studio of the late, great artist known as Prince. It’s a bucket list experience for any music lover. 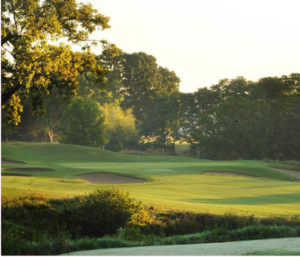 GREAT GOLF: We’ve told you all about the awesome University Ridge Golf Course (universityridge.com) at the U, but the Madison area is home to much more great golf, including Hawks Landing Golf Club (hawkslandinggolfclub.com), a great John Harbottle III design. A little further up the road in the Wisconsin Dells, you’ll find our friends at Wild Rock Golf Club (wildrockgolf.com), a fantastic Hurdzan-Fry design well worth the drive. 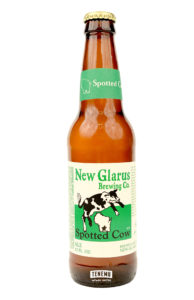 BEST BREWS: Any beer lover’s trip to Wisconsin should include a pint (or two) of the exclusive, excellent Spotted Cow farmhouse ale from New Glarus Brewing (newglarusbrewing.com). Of course, you’d be crazy to miss the Ale Asylum (aleasylum.com), home to the heavenly Velveteen Habit IPA. Other excellent options include Karben4 Brewing (karben4.com) and Capital Brewery (capitalbrewery.com).

DON’T MISS: Considering Madison is ranked by many as the No. 1 college town in the country, make sure you catch the campus scene down at the State Street district. Check out up-and-coming artists on the mic at the Knuckle Down Saloon (knuckledownsaloon.com), or head over to popular hangout Genna’s Lounge (gennaslounge.com). But you’ll prob- ably find us firmly planted in the Olbrich Biergarten (olbrichbiergarten.com), double-fisting a brat and a beverage overlooking the Capitol and Lake Monona. Vielen dank. 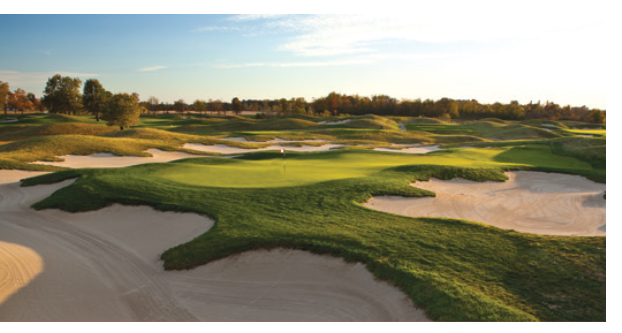 GREAT GOLF: Indy might be the Midwest’s most underrated golf market, with quantity to match its quality. Can’t-miss courses include Brickyard Crossing, one of the area’s many Pete Dye designs that plays around and inside Indianapolis Motor Speedway (brickyardcrossing.com). You’ll feel unending longing if you miss out on the 100-plus beautiful bunkers of Purgatory Golf Club (purgatorygolf.com), or the Robert Trent Jones Jr.-designed Prairie View Golf Club (prairieviewgc.com). For the best bang for your buck, check out Bear Slide Golf Club (bearslide.com), a rolling, rollicking good time through the hills of Hamilton County. 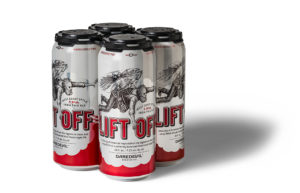 The Lift Off IPA served up by Daredevil Brewing.

BEST BREWS: Indy’s craft beer scene might be a bit underrated, too, with the city topping more than two dozen tasty offerings. One of the best is Daredevil Brewing (daredevilbeer.com) in the town of Speedway, home to its highly rated Lift-Off IPA. Other excellent offerings include Brugge Brasserie (bruggebrasserie.com), and Broad Ripple Brewpub (broadripplebrewpub.com), with more than 25 years on the scene. The most popular place to be is at Sun King Brewing (sunkingbrewing.com)where you’ll find the sensational Sun King Cream Ale.

DON’T MISS: The eclectic variety of the Indy City Market (indycm.com), an enormous, indoor market lined with merchants, farmer’s market and food for just about any palate. Head to the Tomlison Tap Room at the market for place to sample nearly two dozen local brews. When you’re done above ground, take a tour of the City Market Catacombs (indianalandmarks.org) for a below the surface look at Indy’s history.

GREAT GOLF: Southwest Michigan is sneaky good, with plenty of big names and classic courses. Some of the best are the magnificent, 1930s-era muni called Milham Park (kmgagolf.com), and Angel’s Crossing (golfangelscrossing.com), arguably Bruce Matthews’ best design. A bit southeast of Kalamazoo is Gull Lake View Golf Resort (gulllakeview.com), with six stellar courses including the excellent new Stoatin Brae, from Renaissance Design Co. If all that isn’t enough, head over to Benton Harbor and test your mettle on the tough-but-terrific Nicklaus-designed Harbor Shores (harborshoresresort.com). 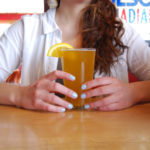 BEST BREWS: Worked up a thirst yet? Good news, the Kalamazoo area might just have the Midwest’s best brews. “Big Papa” has to be Bell’s Brewery (bellsbeer.com), the award-winning craft brewer of Two-Hearted Ale and the seasonal called Oberon. But you’ll also find the awesome Arcadia Brewing (arcadiaales.com), makers of the sensational Loch Down Scotch Ale, and Latitude 42 Brewing (latitude42brewingco.com). But maybe the best way to check out the area’s craft beer scene is through West Michigan Beer Tours (westmichiganbeertours.com), with fun, informative guided tours through Grand Rapids’ and Kalamazoo’s best breweries. Tell ‘em we sent you. 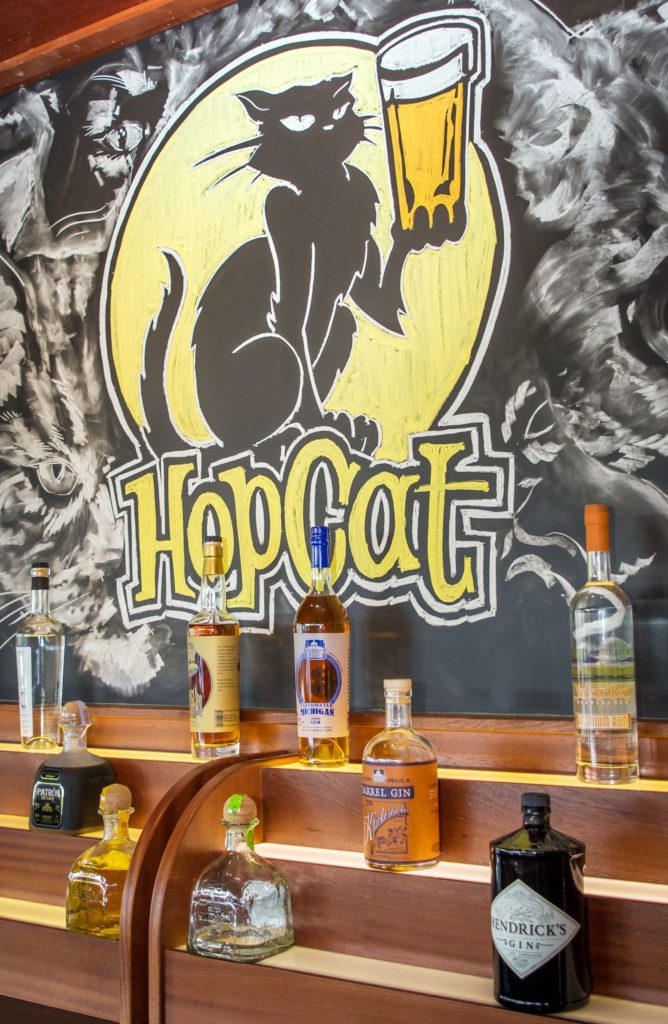 The craft beer scene has exploded across the country, with more than 6,000 nationwide now. That makes it pretty much impossible to know or taste them all (which hasn’t stopped us from trying!). But thanks to the “anti-chain,” chain called HopCat, you can have 100+ of the world’s best craft beers on tap, waiting for you and your (taste) buds to try. RateBeer.com has ranked the original Grand Rapids location as the No. 1 beer bar in the world, and it’s expanded to 18 uniquely designed locations around the Midwest and beyond since starting in 2008.

With eight spots in Michigan already, plus Indianapolis, Madison, Minneapolis and more, HopCat’s becoming known as the crème de la crème of craft beer bars everywhere. And do not miss their world-famous Cosmik Fries. (hopcat.com.)