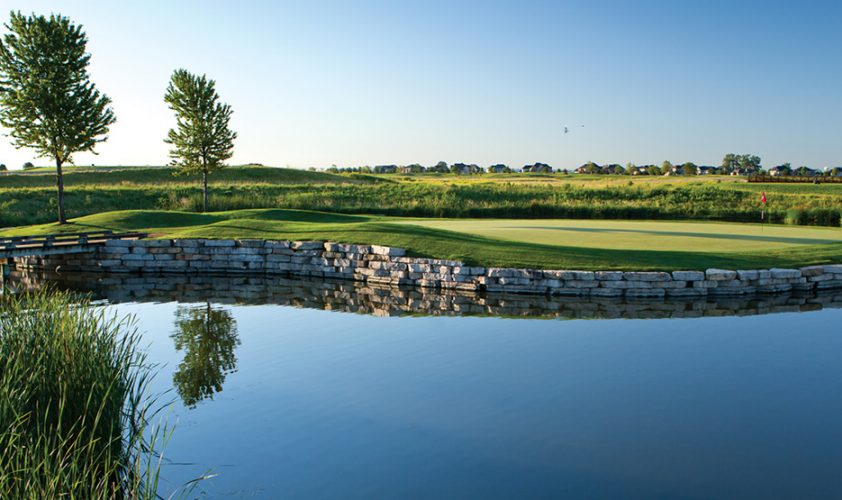 While many communities struggled with how to handle the rapid growth in residential development over the past two decades, one forward-looking village in Chicago’s southwestern suburbs found a way to solve a major infrastructure challenge while creating a source of community pride.

Now in his 26th year as Mayor of the Village of Bolingbrook, Roger Claar knew that he didn’t want retention ponds all over the growing western side of his community. Not only did they present safety concerns for neighborhoods with young families, the ponds would also require constant maintenance. Claar opted to develop a series of lakes to manage the several million gallons of storm water runoff created by the new development. What better way to make use of the land around those lakes than to build a golf course!

Enter renowned golf course architect Arthur Hills. Hills literally transformed a former cornfield dotted with retention ponds, moving more than 2.4 million cubic yards of earth in the process, to create a links-style masterpiece: Bolingbrook Golf Club. The challenging 18-hole layout, complete with a 600-yard par five and a true island-green par three, flanks seven lakes that make up the storm water management project. The course opened to rave reviews in the spring of 2002, garnering a host of honors including being named one of GOLF Magazine’s “Top 10 You Can Play.”

Not to be overshadowed by the golf course, Mayor Claar made sure that every community group in town would have ample space to meet. The 76,000 square-foot clubhouse, opened a year later. It houses banquet seating for up to 800. There is a 120-seat Nest Bar & Grill, additional private dining rooms in the East Room, the finest Golf Shop and locker rooms to be found in any facility (public or private). Fashioned in early American décor with a Presidential theme throughout, the beautiful centerpiece of the property never goes out of style.

Now in its 10th year, Bolingbrook Golf Club has continued to receive both local and national recognition by every major golf publication. The facility, managed by Northbrook-based KemperSports, has played host to more than 250,000 rounds of golf, catered more than 1,000 weddings and had more than three million range balls struck on the driving range. Thousands of junior golfers have graduated from the Golf Academy’s junior golf program. Even more people are introduced to the game each year via programs created by GOLF Magazine “Top 100 Teacher” Carl Rabito and his staff, providing golf instruction at the club since 2004.

Perhaps most notable is that non-profit agencies and community groups, through events held at the club, have raised an estimated $5 million. This demonstrates the larger role this important project plays in the community.

As one of the focal points of the community, Bolingbrook Golf Club has also shaped annual traditions for countless local families. The Reagan Grand Ballroom hosts elaborate Easter and Mother’s Day Brunches, traditional Thanksgiving Dinner and the always-popular Breakfast with Santa. The club is the site for the Village’s annual Independence Day festivities. More than 10,000 people celebrate the day with live music, kids’ events and food. The highlight of that day culminates in one of Chicagoland’s largest fireworks displays.

Outstanding service has always been the hallmark of the experience at Bolingbrook Golf Club. This includes curbside bag service to the most accessorized golf cart fleet in the nation. You will experience complimentary range balls, lemonade and fresh fruit at the first tee, to the personal attention of the club’s full-time locker room attendant. The service is incomparable.

Bolingbrook Golf Club is not just celebrating its 10th anniversary by looking back. The club’s staff is continually creating opportunities for area residents to enjoy the facility in different ways. A summer concert series has been added to the calendar in 2012 and will feature local bands in an outdoor venue.

New golf events are also being attracted to the course. The new Golfweek National Pro Tour, a developmental professional golf tour with financial backing from Arnold Palmer, is hosting one of its four majors at Bolingbrook Golf Club in June. Two-sport all-star Bo Jackson is hosting a golf outing to benefit his charity, the Give Me A Chance Foundation, this season as well.

Information on upcoming club events can be found at bolingbrookgolfclub.com. The club’s new app for smart phones can be downloaded there.

Bolingbrook Golf Club has come a long way since the original vision was created more than a decade ago. The focus has never changed from its core mission. It strives to be “the pinnacle of the community, to provide best in class public golf and dining experiences to its members and guests.”

What will the next 10 years hold for Bolingbrook Golf Club? Time will tell, but it’s a safe bet that the club will be compared to a fine wine – only getting better with age. 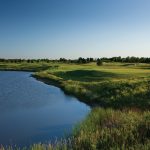 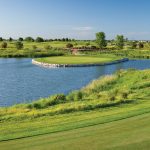 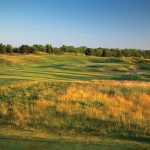 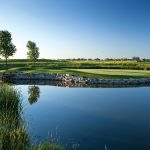 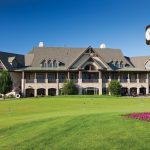