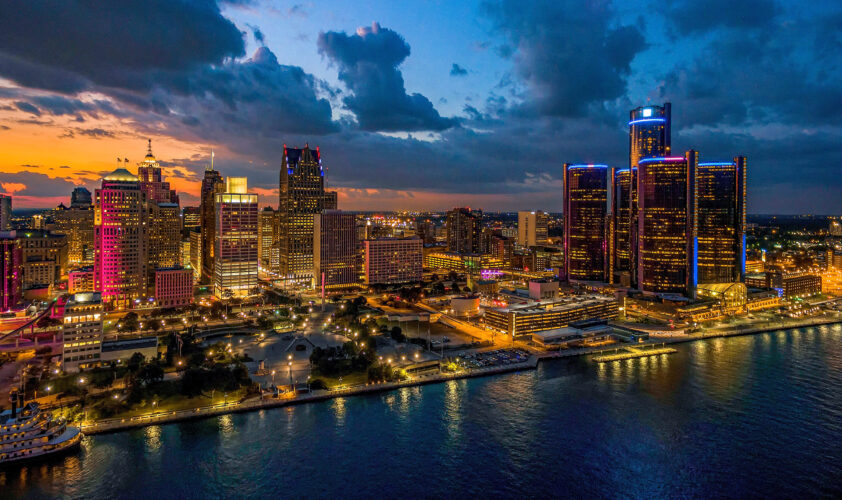 I don’t like to brag but … I happen to have something in common with famed heavyweight boxing champion Joe Louis. No, not that; I couldn’t punch my way out of a bag made of tissue. Like Mr. Louis did, though, I love Detroit’s Rackham Golf Course. Owned by the city but actually located in nearby Huntington Woods right next door to the Detroit Zoo, Rackham is a 6,600-yard gem Donald Ross built in 1925, and one in a long line of classic “hits” you’ll find around Motown. 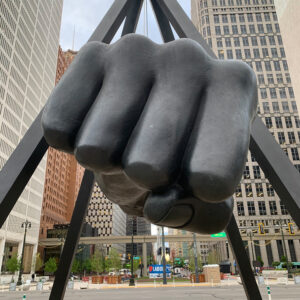 Yeah, OK, Rackham’s a “muni,” and yeah, OK, it’s not in the same class as more famous municipal courses such as Bethpage Black, Torrey Pines South and TPC Harding Park. But even so, it’s got some of the best holes, most beautifully designed and well-placed bunkers, and maddeningly puzzling putting surfaces you will ever experience. Find yourself above the cup on the numerous back-to-front-sloping greens … and you’ll be shouting “Stop! In the Name of Love,” at your golf ball. Until they play it, it’s hard for many golfers to believe that Rackham was twice the site of the U.S. Amateur Public Links Championship (1941, 1961). The Joe Louis Invitational was held here several times as well, with many of the best Black golfers in the country — including Teddy Rhodes, Bill Spiller and Howard “Butch” Wheeler — walking the wide fairways. This fun layout, however (play early in the morning and you may hear the lions, tigers and bears awakening with a roar – another treat!), is only one in a wide variety of enjoyable golf courses that surround the Detroit Metropolitan area. 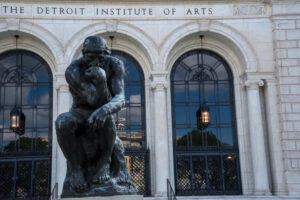 The Detroit Insitute of Arts is one of the nation’s best.

A few miles to the southeast of Rackham — just down the road on famous Woodward Avenue, site of the first mile of concrete-paved road in the United States — you’ll find the magnificent Detroit Institute of Arts. Featuring one of the best and most diverse collections of art in the world, including works by Vincent Van Gogh, Diego Rivera, and Auguste Rodin, among other masters. The DIA is definitely worth a visit. Another must-see in the city is the Motown Museum, on the site of the iconic Hitsville U.S.A., Studio A, and an extensive collection of Motown artifacts, photographs, apparel and memorabilia. 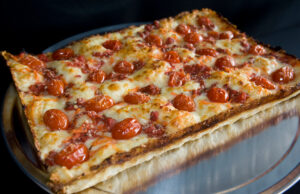 Buddy’s Pizza is the quintessential Detroit-style dish — and delish.

In addition to Rackham, the city owns two other fun tracks: Rouge Park and Chandler Park. A bit further out golfers have a choice of seven Detroit Park courses and eight offered via the Huron-Clinton Metropark system. Before you go too far, though, make sure you sample some of the best food any big city has to offer. For Detroit-style pizza, Buddy’s is the place to go, at least I heard it through the grapevine that the original Buddy’s location on Conant Street is very cool. For coney dogs, you can’t beat Lafayette Coney Island on Lafayette Boulevard (I prefer the “loose burger” — seasoned ground beef on a hot dog bun topped with mustard and onions). For dinner, definitely check out Pegasus Taverna in Greektown or nearby St. Clair Shores. The restaurant is famous for its Saganaki appetizer, a cheese dish that’s set aflame at your table as the waiter shouts “Opa!” And if barbecue is your thing, you won’t be disap- pointed with Slows BBQ in Corktown.

Many people already know that northern Michigan is one of the premier places to play golf in America — if not the world. What lots of golfers don’t know, however, is that they needn’t drive four or five hours from Detroit to have that experience. Within an hour or two from “the D,” in almost every direction, that same exceptional golf and “up north” feel is readily available.

A few miles north of the city, for example, in Washington, Michigan, you’ll find one of the state’s most admired public-access layouts — not just by golfers but by the game’s leading organizations. Designed by Robert Trent Jones Jr. and opened in 1993, The Orchards Golf Club is a stern test that measures 7,036 yards from the back tees. How stern, you ask? Well in spite of its wide fairways and good-sized greens, The Orchards has a back tee course rating of 74.6 and a slope of 144. Water and wetlands are often in play at The Orchards, as are thick stands of tall trees lining many of the holes. Add it all up and there’s little wonder why the 2002 U.S. Amateur Public Links Championship was held here, it has conducted the Michigan Open three times, and it has been a qualifying site for the U.S. Open, U.S. Amateur and the Buick Open. The Orchards is a good one.

Fox Hills Golf and Banquet Center in Plymouth offers 63 holes with a focus on growing the game.

You’ll find a few other good ones at Fox Hills Golf and Banquet Center in Plymouth, roughly 25 miles west of Detroit. Fox Hills is a beautiful and very popular 63-hole facility that also features two driving ranges and a state-of-the-art learning complex with a short-game practice area. The three courses here — Classic Fox, Strategic Fox and Golden Fox — offer a wide range of challenges for golfers of all ages and abilities. Among Classic’s 27 holes are a few of the original 18, which date back to the 1920s. A good guess is that Classic was designed by Scotsman Wilfrid “Wilfie” Reid, an accomplished player credited with several early layouts in the Detroit area, including the Old Course at Indianwood Golf & Country Club, former site of both the U.S. Women’s and U.S. Senior Opens. Designed for both beginners and better players, Strategic Fox is a fun but challenging 18-hole par-3 course created by architect Ray Hearn.

This very pretty par-54 layout also offers separate tees and a “cup” for the rapidly growing sport of Footgolf. Golden Fox, at only 6,783 yards from the back markers, is not long by today’s standards. Due to the water, wetlands, native grasses and numerous trees that are in play, the well-placed bunkers and the undulating, quicker-than-they-look greens, this 1989 Arthur Hills layout is a very good test for even low-handicap players. (While you’re visiting, be sure to order the Eagle sandwich. It’s something else you’ll remember about Fox Hills.)

Some 40 miles northwest of Detroit, off I-75, is another popular Arthur Hills creation: Shepherd’s Hollow Golf Club. Located in the City of the Village of Clarkston (yes, that’s the official name since its incorporation in 1992), this sprawling, 27-hole facility sits atop one of the highest elevations in all of equally sprawling Oakland County. The original 18 opened in 2000 and a third nine was added a year later. The three nine-hole combinations here (1-18, 10-27 and 27-9) offer a choice of five sets of tees and a range in yard- age from 4,906 to 7,236. Each combo is challenging but the toughest is 1-18. How tough? Well, how does a Course Rating of 76.0 and a Slope Rating of 146 sound? Believe it or not, those numbers are higher than at historic and much longer than the newly redesigned South Course at Oakland Hills Country Club in the Detroit suburb of Bloomfield Hills, site of several U.S. Opens and PGA Championships, the U.S. Amateur and the 2010 Ryder Cup. (Something tells me not many players are “Dancing in the Streets,” when they finish 18!) Surprisingly, there’s little water in play at Shepherd’s Hollow, but lots of sand and tons of tall oak and pine trees bordering many of the holes. As stern as the golf may be, this very attractive facility (the glass-surrounded banquet venue is absolutely gorgeous) is a favorite to many in the Detroit area. 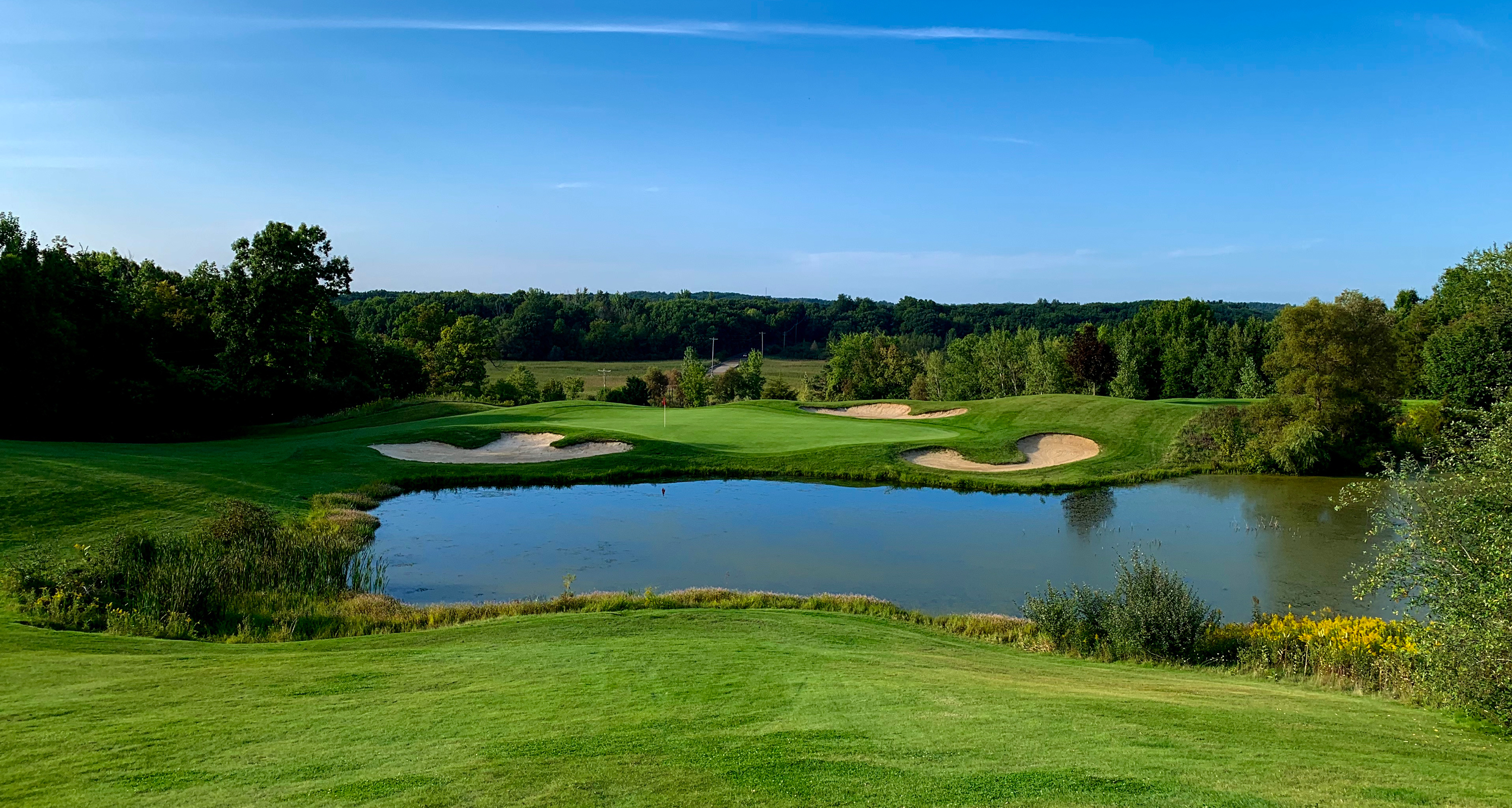 The Arnold Palmer-designed Coyote Preserve is one of Metro Detroit’s toughest championship tracks, with the 447-yard, par-4 fifth hole as Exhibit A. Photo by Don Shell

A few miles west of Shepherd’s Hollow, just off U.S. 23 in Fenton, sits scenic Coyote Preserve Golf Club. One of only five courses in all of Michigan designed by Arnold Palmer (and his longtime associate Ed Seay), Coyote Preserve is an AP “Signature” course that opened in 2000. From the tips, the course measures 6,912 yards, but be wary: This very pretty, very fun layout can also be quite challenging. OK, really challenging. Extreme changes in elevation and forced carries are common (play it from the back and you’ll swear there’s a forced carry with every tee shot!). There’s plenty of water and sand to contend with as well – including several sod-faced bunkers guarding many of the well-sloped greens. Without a doubt, the par 3s at Coyote Preserve are among its best and toughest holes, and arguably the best collection in the state. The sturdy 17th, for example, plays 221 yards from the back markers over a narrow lake that runs from the tee to the well-protected putting surface. Yikes! Play this course from the tips and you may want to change its name to “Bear Preserve,” because that’s what it can be: a bear. 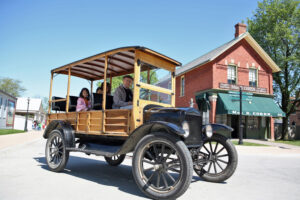 When you need a break from all this good golf, make a fine drive just southwest of the city to Dearborn, home to the Ford World Headquarters and a local landmark now called The Henry Ford. Forever known as the Henry Ford Museum and Greenfield Village, the indoor and outdoor facility consists of 80 acres of history, innovation and just plain fun. In the museum (among thousands of other things), you’ll see John F. Kennedy’s presidential limousine, the bus Rosa Parks was riding in in 1955 when she refused to give up her seat, and the chair that Abraham Lincoln was sitting in on that fateful night at Ford’s Theater in 1865. Outdoors at Greenfield Village (among other exhibits and rides), you can tour Thomas Edison’s exact laboratory he used when he was working on the development of the light bulb, painstak- ingly imported from Menlo Park, New Jersey. Believe it: There’s a lot to see and do on a day trip to The Henry Ford, but you’ll need more than a day to see it all.

Take it from someone who has lived and played golf in the Detroit Metropolitan area for a long time. Once you get a sample (or taste!) of all that’s available … “There Ain’t No Mountain High Enough,” to keep you from coming back.

For more about the Motor City, visit visitdetroit.com.