With its lack of traditional “rough” and the re-introduced sandy, scrubby areas, this year’s U.S. Open and Women’s U.S. Open on revered Pinehurst No. 2 presented the players with a number of challenges that they rarely encounter. Let’s take a look at some situations: 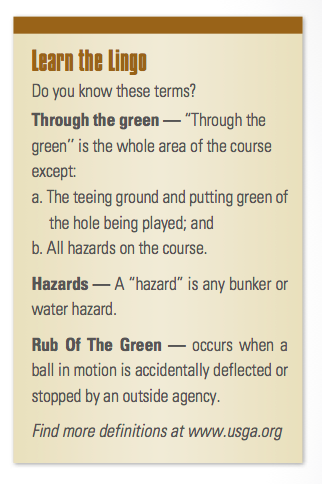 Q. Does it really matter if a player’s ball lies in a bunker or in a naturally sandy area through the green? How would that distinction affect his play?

A. While being able to ground your club (as you may do through the green but not in a bunker) is not exactly an earth-shattering advantage, there can be some significant consequences, such as the removal of loose impediments. If there are pine needles (or, worse, a pine cone) around a player’s ball in a bunker, he may not touch or move them, while he could do so if his ball is through the green. Also, the ability to touch the sand with practice swings (OK through the green; prohibited in a bunker) is often reassuring to players. Relief procedures differ as well; for example, if a player deems their ball unplayable in a bunker, the relief options are more limited (in that the only way they can escape the bunker is to use the stroke-and-distance option) than if the ball lies through the green.

Q. A player’s ball lies in a naturally sandy area through the green, and a clump of wiregrass interferes with his backswing. In making his normal backswing, his club brushes the wiregrass out of the way so that it no longer interferes with his downswing. Surprised, he then stops his swing. What is the ruling?

A. In stroke play the player incurs two penalty strokes for improving the area of his intended swing. However, if the player had not stopped his swing and had continued to make a stroke, there would have been no penalty as there is an exception to Rule 13-2 for making such an improvement during the backswing or downswing when the stroke actually is made.

Q. Similar but not identical to what John Daly did at the 1999 U.S. Open at Pinehurst: A player who has missed one of the crowned greens chips up the hill towards the green, but the ball makes a u-turn and heads back towards him. Out of frustration, he stops the ball while it is still rolling. What is the ruling?

A. In stroke play the player incurs two penalty strokes and must play the ball from where he stopped it (Rule 1-2). If he gained a significant advantage from stopping the ball (e.g., he prevented it from rolling into a bunker), he would be disqualified.