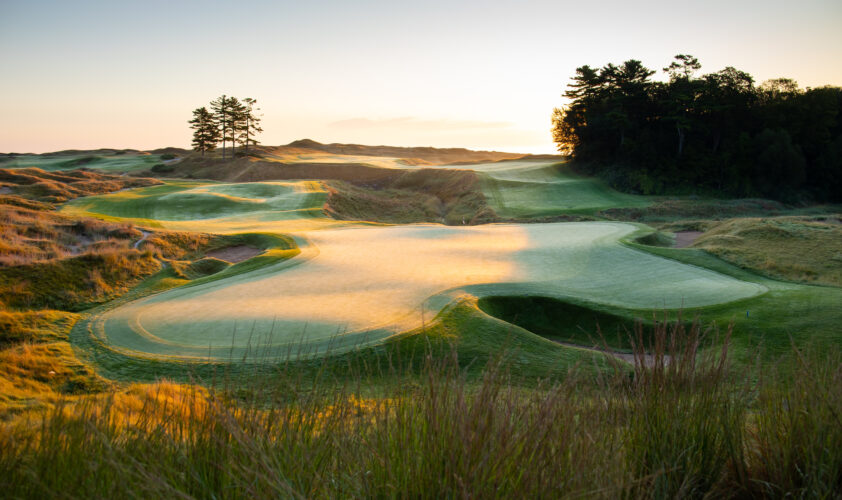 Before the Ryder Cup became the most lucrative event in golf, before it became one of the hottest tickets in sports, before it stirred passions on both sides of the Atlantic, the respective team captains were largely ceremonial figureheads. 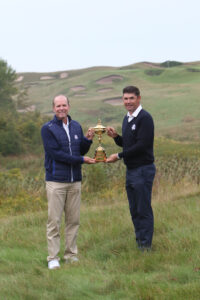 There really was no pressure on the captains, because few cared who won or lost the cordial little exhibition between teams of professionals from the United States and Great Britain.

Those days are long gone. Once the Ryder Cup found its way onto television in the 1980s, which coincided with the opening of the competition to continental Europe, the rise of stars such as Spain’s Seve Ballesteros and England’s Nick Faldo and the explosion of worldwide interest and corporate dollars, the captains no longer had the luxury of being invisible.

Their every move, from practice schedules to pairings, now is scrutinized, analyzed and — when things go wrong — criticized.

Into this cauldron steps Steve Stricker of Madison, Wisconsin. Unassuming, mild-mannered and conscientious, the 54-year-old Stricker is charged with leading the U.S. team to victory, Sept. 24-26 at Whistling Straits. It’s a tall order, because Europe has won the biennial competition in seven of the last nine meetings, including a resounding 17.5 – 10.5 victory in Paris in 2018.

Stricker has had an extra year to answer questions, think about his six at-large picks, consider pairings and prepare for Whistling Straits, because the 43rd Ryder Cup, originally scheduled for September 2020, was pushed back a year by the coronavirus pandemic.

The following Q&A was put together from numerous interviews with Stricker over the past two years — one-on-one with Golftime Magazine, in Ryder Cup news conferences and in pre- and post-round interviews at PGA Tour and PGA Tour Champions events. (Note: the answers have been edited for clarity and brevity).

GOLFTIME MAGAZINE: The U.S. team didn’t get the results it wanted in Paris in 2018, and on top of that, Team USA has won only three of the last 10 Ryder Cups. Does it concern you that history is not on your side?

STRICKER: Yeah, it does concern us. … They outplayed us (in Paris). We had a difficult time with the golf course. The last few Ryder Cups haven’t gone the way that we would have liked, but for us it’s all about — for me, anyways — it’s all about moving forward. You know, we’ll probably have some new guys on the team. It will be the first team these 12 individuals will be together.

So, for me, it’s about moving forward, learning from the past a little bit. Taking some of the things that we haven’t done so well and then trying to apply that to this next time.

GT: Over the last few Ryder Cups, there has been much discussion about the match play format, and how it seems to bring the best out of the Europeans. On the flip side of that discussion, the Americans do not seem to be as proficient at match play. Why is that?

STRICKER: I don’t know if we are weak in that department. I think the Europeans have out- played us the last few times. We get a lot of practice at it. We play a Presidents Cup every other year and we play this event and we also have the World Golf Championships-Match Play event.

We have been looking into stats … and we gave a lot of holes away in France by making something other than par. We made almost as many birdies (as the Europeans), if I remember right, that week in France, but we just gave away so many holes in making different numbers.

So, it could be our style of play. Our guys on the U.S. side are aggressive players. They make a lot of birdies. Usually, the guys that make the team are leading the birdie average for the year. They are just aggressive players and sometimes in match play it’s OK to back down and try to make a par. It showed in France that if we could have just made some pars that it could have been a different match.

So, I think, if anything, the message for our guys would be, you know, sometimes backing off and making pars and making the other team earn it is a good thing. Wear them out a little bit.

GT: Europeans have won two of the three PGA Championships at Whistling Straits, and Americans are 0-for-3. Do the whispers about the Straits favoring the European team concern you?

STRICKER: You’re sure bringing up a lot of negatives here. … When you look out here (at the course) it has the feel of over there in Ireland. Yes, it concerns us, but we’re going to have unbelievable crowd support here. The atmosphere should be much like Hazeltine (in 2016), or even more so.

GT: What do you remember about your expe- rience as a Ryder Cup rookie?

STRICKER: My rookie experience was at Valhalla in 2008. Paul Azinger was the captain. We went on to win there and it was a great experience. Paul did a wonderful job.

I learned a lot from what he did there. He came up with a system that we bought into and he was a really good captain. The players responded to the fans there that week. The crowds at Valhalla were unbelievable.

GT: It’s all but a given that Bryson DeChambeau and Brooks Koepka will make the team on points. Much has been made about their ongoing feud, fueled by a back-and-forth on social media and golf fans weighing in and, in some cases, egging them on. It’s a distraction you certainly don’t need. How are you going to handle them?

STRICKER: Yeah, it’s not making my job any easier, you know? I haven’t talked to either one of them. I will have to at some point.

We’ll see where it goes from there. Hopefully, they can put their differences aside for the week, be big boys and come together as a team.

Obviously, I probably wouldn’t pair them together (in foursomes or four-balls), but I think as the team room goes, you want everybody on board. You can’t have an outlier, or outliers, making trouble for everybody else. But I’m sure they’re big men and they can put their differences aside and go from there.

GT: As the U.S. team captain, you have con- siderable say in how the course is set up for the matches. What kind of adjustments will you make to Whistling Straits in order to give your team an advantage?

STRICKER: We’ve made some tweaks, and I’m sure everybody knows what they are going to be. I’m not going to get into that part of it. We did some things to kind of enhance the benefit towards our side, just like they do when we go over to Europe. It’s minor little things. It’s not going to change the way the course plays dramatically.

GT: Being named Ryder Cup captain is perhaps the biggest honor of a golfer’s career, but it comes with an awesome responsibility. How big is the weight on your shoulders?

STRICKER: It is a big responsibility, but I’ve grasped it with a gratitude and a humbleness. I’m excited to do it. It’s in my home state of Wisconsin. The Ryder Cup has meant a lot to me over the years. I’ve been on one of the winning teams in 2008, which was a thrill. A couple of other ones, we could have won. It’s an unbelievable week. And to be part of it, no matter how you’re part of it, is special.

GT: Can you talk about the broader implica- tions of hosting this event in Wisconsin, even outside of golf, what it means to you as a Wisconsin native and to the state to be able to host an event of this magnitude?

STRICKER: It started off (with) major championships. We had the PGA here three times and the U.S. Open over at Erin Hills and this is the ultimate. To have the ultimate event in the game of golf, to be here at Whistling Straits in Wisconsin, it’s really (special). From everyone I talk to, the anticipation, the excitement level is through the roof, and it’s no different for me, either.

I’m very excited to have this opportunity to be here in my home state to try to help this team and lead this team to try to win this Cup back.