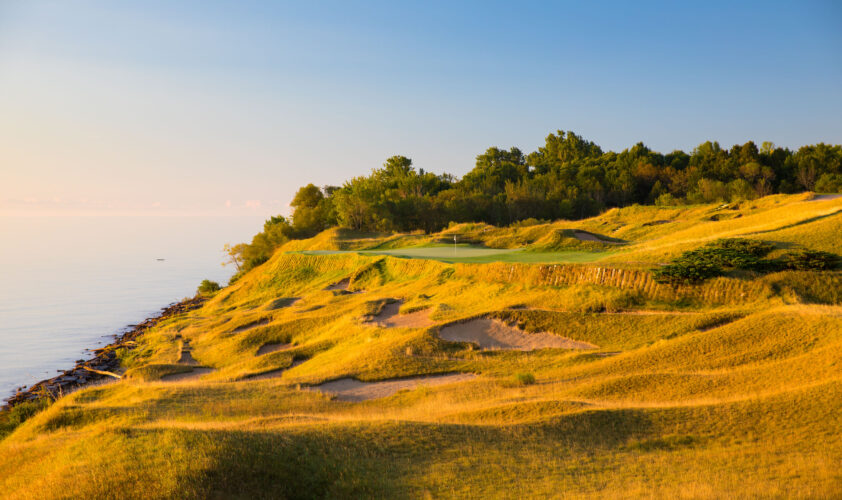 As May turned to June and June to July in 2020, hope faded that the 43rd Ryder Cup could be staged as scheduled in September at Whistling Straits. 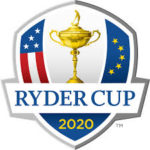 The coronavirus was surging in numerous states and showed no signs of abating. Positive tests were popping up on the PGA Tour and in professional sports leagues despite strict safety protocols. Quarantines were in place for international travel. Top players were calling for postponement if the Ryder Cup could not be safely held with spectators, and construction had not yet begun on grandstands and corporate chalets at the Straits.

Finally, the PGA of America could wait no longer. On July 8, the PGA, which con- ducts the Ryder Cup when it is held in the United States, announced that the event would be postponed one year.

The biennial match between 12-man teams of professionals from the U.S. and Europe was rescheduled for Sept. 21-26, 2021, at Whistling Straits in Haven, Wisconsin, with the competition the final three days.

“Obviously, this nasty virus has shown its teeth again with the resurgences that are coming across the country,” said Seth Waugh, CEO of the PGA. “And it became clear very recently that a postponement was the real logical, practical or responsible move that we had.

“This has been a very long, very arduous process, but I think we also need to put it in perspective, right? This pandemic has caused so much pain across the world, and this is a paper cut relative to what so many others are going through. We’re going to live to fight another day and hopefully we’ll have the kind of Ryder Cup that we have dreamed about.”

The PGA Tour’s Presidents Cup, which had been scheduled for Sept. 30-Oct. 3, 2021 at Quail Hollow Club in Charlotte, North Carolina, will now be played in September, 2022. The Ryder Cup will be held in odd years, with the Presidents Cup in even years.

In a corresponding decision, the Junior Ryder Cup at Blue Mound Golf & Country Club in Wauwatosa, Wisconsin, featuring the top junior golfers in the U.S. and Europe, was rescheduled for Sept. 20-21, 2021. It was originally scheduled for Sept. 21-22, 2020.

Steve Stricker of Madison, Wisconsin, named U.S. Ryder Cup team captain in February 2019, will remain in that capacity, as will his counterpart, Padraig Harrington of Ireland.

“While it is disappointing that the Ryder Cup won’t be played this year, the decision to reschedule is the right thing to do under the circumstances,” Stricker said. “At the end of the day, we want to stage a Ryder Cup that will rival all other Ryder Cups in my home state of Wisconsin, and now we have an opportunity to showcase the event as it was meant to be seen.”

“Rescheduling the Ryder Cup was never going to be an easy decision given the many factors to take into consideration. But I believe it is the right assessment given the unprecedented circumstances we are facing at this time.” 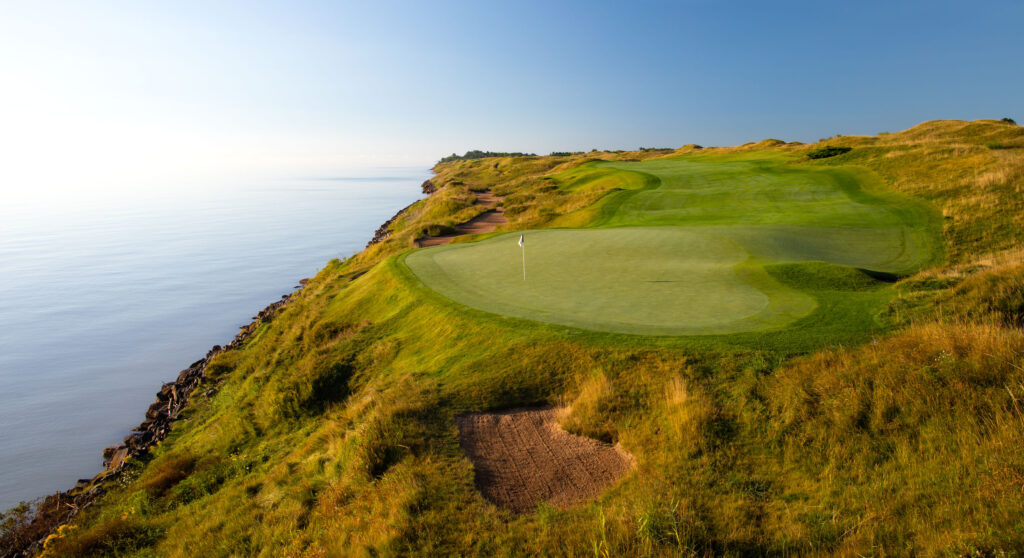 The decision to postpone was made jointly by the major stakeholders — the PGA of America, the PGA Tour and the European Tour — after months of discussion and negotiation. Waugh, who consulted with the Centers for Disease Control and Prevention, hired an infectious diseases expert and even phoned Green Bay Packers CEO Mark Murphy for advice, called it “the most complicated deal of my career.”

The Ryder Cup is the most lucrative event in golf and postponement required the cooperation of the PGA Tour, which rakes in millions from the Presidents Cup. It also had a domino effect, with the Ryder Cup scheduled for 2022 in Rome moved back to 2023 and four more previously scheduled Ryder Cups in the U.S. all moved back one year.

“As Seth described it, we now face an array of logistical challenges with our colleagues at the PGA of America and with the PGA Tour, with Whistling Straits, with future venues on both sides of the Atlantic, with our commercial and broadcast partners and with our various event suppliers,” said Guy Kinnings, the European Tour’s deputy CEO. “We are so grateful for the understanding and cooperation of everyone involved in the process.”

The PGA of America offered the Kohler Co. an opportunity to opt out of its contract to host the 43rd Ryder Cup, but David Kohler, the company’s president and CEO, said it was never a serious consideration.

“From Day 1, we have been all-in to serve as honored hosts of the Ryder Cup,” Kohler said in a statement to Golftime. “We embrace the responsibility and opportunity in bringing the Ryder Cup to Wisconsin — now in 2021. It’s an incredible celebration of the game of golf and a capstone event recognizing the tremendous contribution that Herb Kohler and Pete Dye have made in making Wisconsin a top global golf destination.

“Our team remains fully committed to delivering an unmatched experience, seeing it through safely and creating lifelong memories for all involved, locally and around the world.”

Tickets purchased for the 2020 Ryder Cup via rydercup.com will automatically be valid for the corresponding day(s) in 2021.

The event was a sellout, with approximately 200,000 tickets claimed in a random lottery in October 2019.

The PGA of America said it would contact those who secured tickets via rydercup.com to facilitate refunds for those unable to attend in 2021. People who purchased tickets and hospitality packages on the secondary market will have to contact that specific site directly.

As for the PGA’s ability to stage the Ryder Cup with a full contingent of fans in 2021, Waugh said there were no guarantees.

“I think I would bet on science, I guess, is what I would say … about the ability to figure out treatments, vaccines or protocols for safety, given that we have 15 months to do that,” he said. “But there frankly is no guarantee. If we do get to this time next year and we can’t responsibly hold it, it likely will result in a cancellation at that point. I don’t think we can perpetually roll things forward.

“We’re hopeful that we will hold it, but all bets are off in terms of what’s going on in the world.”