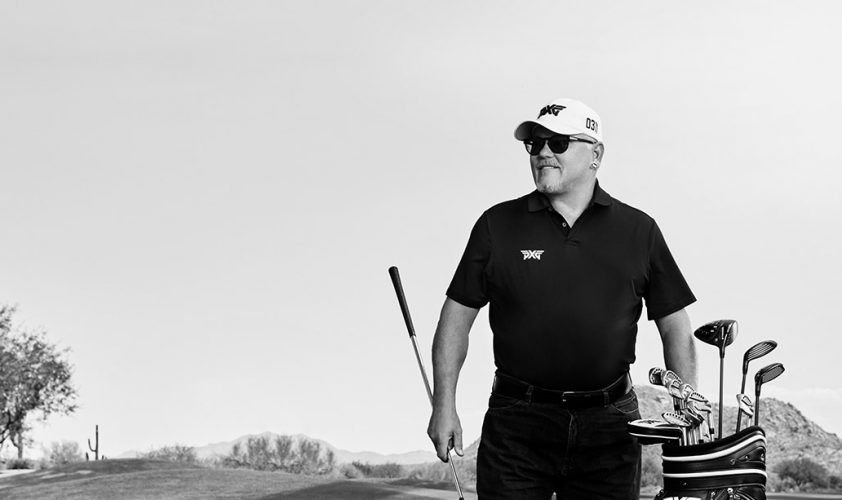 In 1994, former accountant Bob Parsons sold the software company he had founded 10 years earlier — Parsons Technology, based in Cedar Rapids, Iowa — to Intuit, Inc. for $64 million. Not surprisingly — now wealthy beyond his dreams — Parsons retired at the age of 49 and moved to Arizona. Three years later, the perpetually-active Parsons retired from retirement and founded a company that would eventually be called GoDaddy, an Internet domain registrar and Web hosting operation. By 2005, GoDaddy had become the largest ICANN-accredited registrar on the Internet. In 2011 — due in part to numerous acquisitions of related companies, as well as controversial but attention-grabbing commercials on several Super Bowl telecasts — GoDaddy was four times bigger than any other domain registrar on the planet. Late that year, Parsons sold approximately 70 percent of GoDaddy to a private equity consortium that included KKR and Silver Lake Partners for a reported $2.5 billion.

Parsons’ Rules for Success, No. 7: Always be moving forward.

Flush with cash, Parsons used it to create YAM Worldwide, a conglomerate that involves 15 different businesses, including a commercial real estate firm, an advertising agency and a film studio. In addition, Parsons was able to indulge himself (and make money at it) with one of his passions: motorcycles. He owns two Harley-Davidson dealerships (one in Arizona and one in Mississippi) and two others that sell nine other brands of bikes.

Returning to Cedar Rapids in his mid-30s, Parsons, a former Marine and a decorated veteran of the Vietnam War, took up golf. Like most of us who play, Parsons became obsessed with the game and with getting better. A key to improving scores, he believed — in addition to possessing the proper fundamentals — was finding the right set of clubs. Consequently, he tried out and changed clubs almost as often as he changed clothes. In fact, he claims to have spent between $250,000 and $350,000 annually in search of the right combination of clubs. Hard to imagine? Well … considering how many golf equipment manufacturers are out there, and that each one offers at least two or three different sets of irons, at least two or three different drivers, several fairway woods and hybrids, and that all of them offer a multitude of shafts to choose from, plus all of the different grips that are available, well … if someone has enough money and is willing to spend it to create the ideal set of clubs that will make him or her a better golfer, then it isn’t hard to imagine what Parsons says he did on a regular basis. (Legend has it that Parsons would often call the pro shop in the middle of a round and ask that a new, different set of irons be waiting for him at the next tee.) The problem was, all that money, time and tinkering did not help his game, or at least as much as he’d hoped. What to do.

Parsons’ Rules for Success, No. 2: Never give up.

The next thing Parsons did in his quest to get better at the game he loved so much was purchase the golf facility where he was a member: Golf Club Scottsdale. Designed by Jay Morrish and Dick Bailey, GC Scottsdale was a lovely layout that was in trouble financially, due in part, Parsons felt, because many of the other members weren’t spending enough money while visiting their own club. Parsons purchased the property in 2013 for a paltry $600,000 and debt, renamed it Scottsdale National, raised prices and dues, reduced the number of times the members could play each month, and then told them that if they didn’t like it he would buy them out. But, Parsons added, “If you leave you can’t come back.” Sixty-five of the roughly 175 members left. Today, there are between 125 and 150 happy members enjoying a new clubhouse, a second regulation 18-hole layout and a challenging par-3 course.

A year later, Parsons decided to start his own equipment company: Parsons Xtreme Golf (PXG). He hired away two respected designers from Ping — Mike Nicolette and Brad Schweigert — and told them what he wanted: an iron that “looks like a blade, plays like a cavity-back, and has a sweet spot the size of Texas.” He wasn’t kidding. Told that it would take time and money, Parsons assured the designers they would have both. A couple of failures later, the designers came through with what their boss asked for. In the company’s own words, “The process begins with a forged open-face body. The internal cavity of the forging is then precision CNC milled and an ultra-thin maraging steel face is plasma welded to create a hollow core. A thermoplastic elastomer is then injection molded into the cavity. High-density tungsten alloy weights strategically positioned around the perimeter of the club add mass and create PXG’s signature look.” The result was a set of irons that “look sexy, launch high, go far, feel soft, are extremely forgiving, and have a sweet spot the size of Texas.” Parsons was pleased. 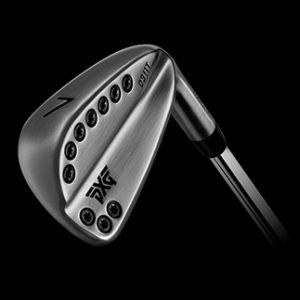 That same year, PGA Tour member Ryan Moore tried out a new set of PXG irons and immediately put them in his bag. Since then several other prominent pros have signed up, including Masters champions Zach Johnson and Charl Schwartzel, Billy Horschel, and arguably the best female player in the world Lydia Ko. Today, PXG offers three different sets of irons, three drivers, two fairway woods, three hybrids, a driving iron, two wedges and six putters. The drawback — for those of us who don’t play golf for a living or get our clubs for free — is the cost of PXG equipment. A full set of the best that PXG has to offer can run between $5,000 and $6,000, more than double the price tag for a premier set from Ping or Titleist. On top of that, no PXG equipment is purchased “off the rack” — it has to be fitted by a PXG Master Fitter who will come to a purchaser’s golf club, golf course, driving range — wherever — to make sure the proper set is put together. Hey, it’s the least they could do.

Parsons Rules for Success, No. 16: There’s always a reason to smile. 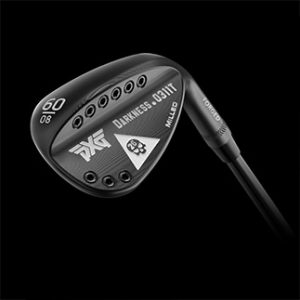 With names like the “Dagger” and the “Darkness,” PXG’s clubs are full of Parsons’ trademark bravado.

While sales figures are difficult to obtain, it seems clear that PXG is doing more than OK. The clubs are available via outlets throughout the world, the company’s headquarters in Scottsdale has been expanded, and the total number of employees is up to almost 200. Oh, and rumor has it that PXG might soon come out with a new set of clubs that is even more expensive. No wonder Bob Parsons always seems to be smiling.