My current cat Jessie, like almost all of my cats over the years (bless their hearts), loves golf.

Well, actually it’s not that she loves golf the sport. What she really loves are golf balls. During the long, cold winters we all have to endure here in Michigan, I often will practice my putting on the area rug in my living room. I don’t downhill or cross-country ski, I don’t ice skate, I don’t snowmobile and I don’t make snowpersons in front of my home. When necessary I do shovel snow. I don’t believe, however, that shoveling snow is considered a winter sport around the Great Lakes (although it should be).

So, to help get through these long, cold winters and prevent me from jumping head first off my roof with my hands tied behind my back, I will get out my putter and a couple of balls and practice a bit. Jessie, like almost all of my cats over the years (bless their hearts), finds this activity great fun. What she will do is sit nearby and watch patiently until I make a stroke. And then, at the last second, especially on that rare occasion when the ball is about to hit dead center, she moves quickly and swats it away. She will then take up a new position and wait for my next attempt. I can’t really see the slight smile on her face but I know it’s there. I find it annoying but she finds it hilarious. My cat Bogey felt the same way (I should have named her Double Bogey) and so did my cat Bear. My cat Phantom, whose face looked like the masked guy in the Phantom of the Opera poster, loved me so much she didn’t care if I missed every single putt. I had rescued her many years ago as a kitten from under somebody’s deck somewhere and she was grateful for that until the day she died. When I practiced my putting (during the long, cold winters here in Michigan), Phantom would look up at me with moist eyes and I could never tell if it was because of her gratitude or because my technique made her sad.

One other thing about my current cat is that — unlike many of us — she’s not picky about golf balls. Whether it’s a Titleist Pro V1 or a TaylorMade Project A, Jessie is ready to give it a whack – and she can do it with either paw. Now that summer is here, though, and my area rug is put away until November,

I practice my putting at the golf course and not in my living room. Among her toys on a chair in that room – fabric mice and birds and some other things – is a white, plastic golf ball. Sometimes when I’m work- ing in my office in the basement, I will hear the knock! of that ball hitting the wooden floor. I suspect Jessie knows that in just a few months winter will be here again.

And she’s getting ready for a new season of “golf.” 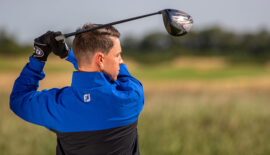 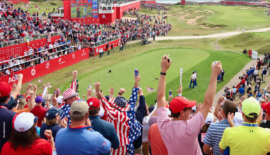 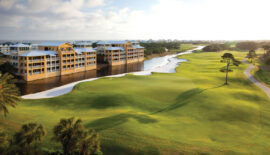 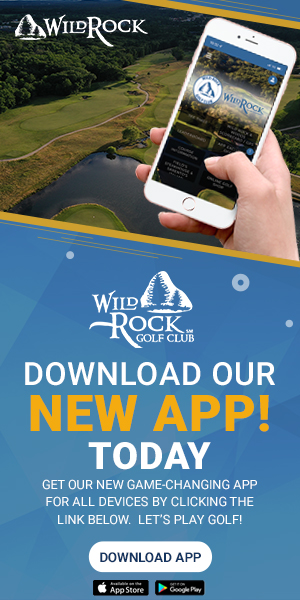 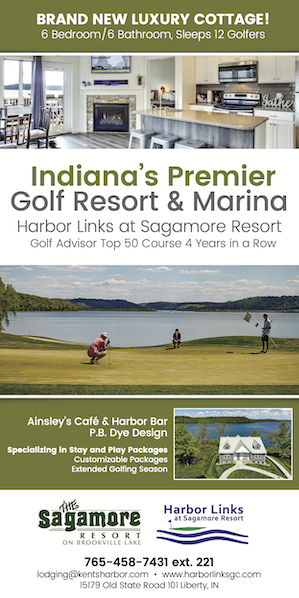